Get used to being amazed. Sicily, the beautiful. 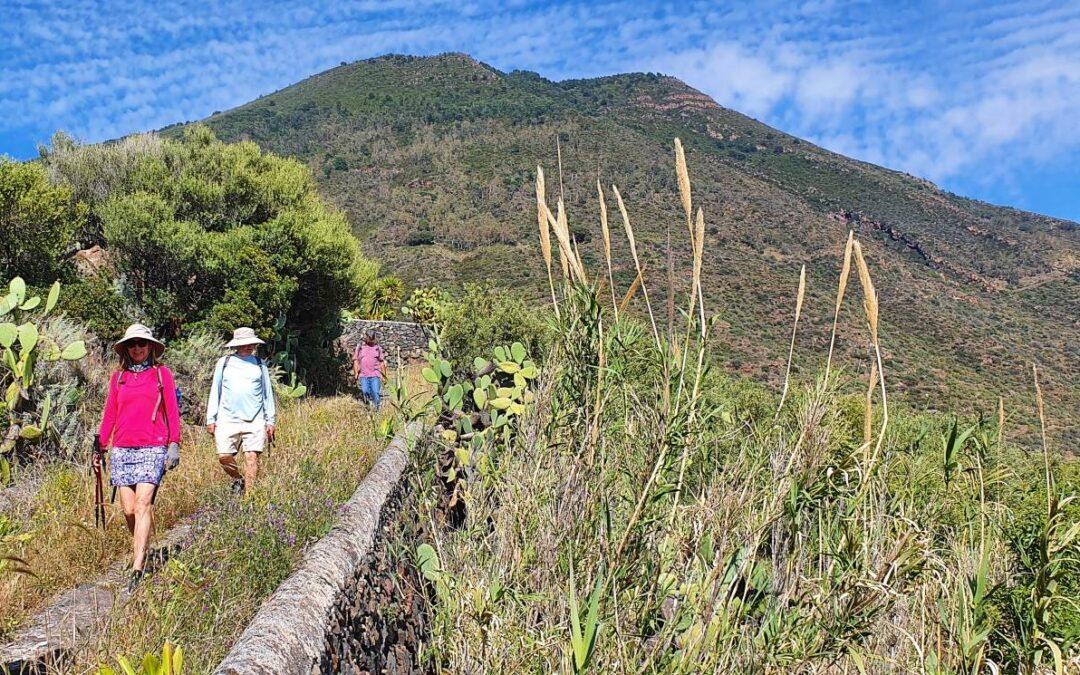 Sailing with a boat on the crystal clear waters of the Tyrrhenian Sea,
a few kilometers from the Sicilian coast, an island appears before us
…or maybe two?

The Greeks called it Didyme (from dìdymos, twin) for its morphology characterized by the presence of two volcanic reliefs separated by a plateau. I’m talking about the Island of Salina. The two cones are two mountains: Monte Fossa (called the Fern Mountain because at the end of spring the crater is covered with ferns!) and Monte Porri. The name Salina, on the other hand, derives from salt pans as there was a salt production plant in the south east of the island.

The island of Salina is not just the sea: walking along the inland paths we soon realize its luxuriant nature. The numerous sources of fresh water have made it the most fertile in the entire archipelago. From broom to strawberry trees, from mastic to honeysuckle up to a forest of pine, alder and chestnut trees. The naturalistic itineraries are truly suggestive and so is the panorama which can be enjoyed: while walking on Salina’s paths we can admire the view over the islands of Alicudi, Filicudi, Panarea and Stromboli.

The island of Salina is one of those places that amazes you at every turn of the path!

2022 TOURS THAT CAN BE COMBINED WITH AMALFI COAST WONDERS

2022 TOURS THAT CAN BE COMBINED WITH SICILIAN FLAVORS

2022 TOURS THAT CAN BE COMBINED WITH UMBRIA, ASSISI & LE MARCHE MARVELS

2022 TOURS THAT CAN BE COMBINED WITH TUSCAN SPLENDORS